The site now has a 110-foot boardwalk which goes along the pond edge and two bridges that connect the trail over two separate creeks that enter the pond.  A split rail fence has also been put up to separate the City and residential property lines.  The removal of invasive plants was successful and will need continual monitoring. Boy Scout troops have worked during the summer to help remove various smaller patches of bamboo around the pond as an Eagle Scout Project. 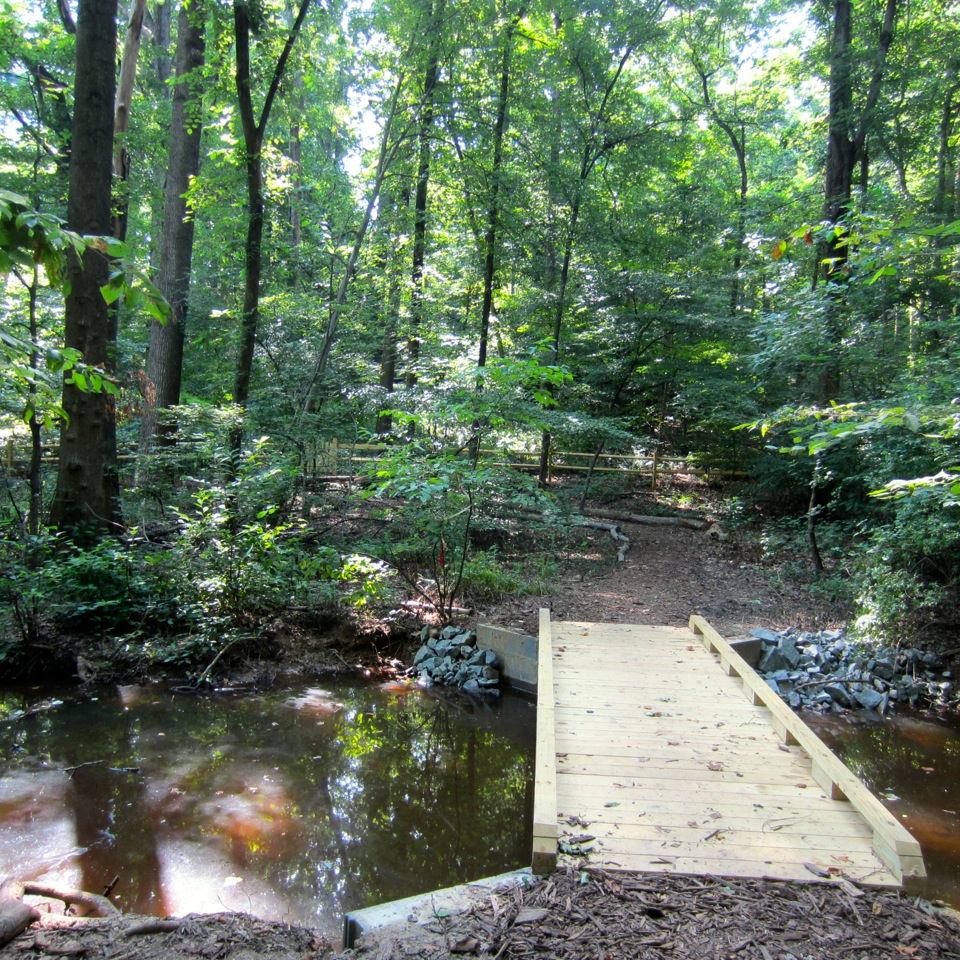 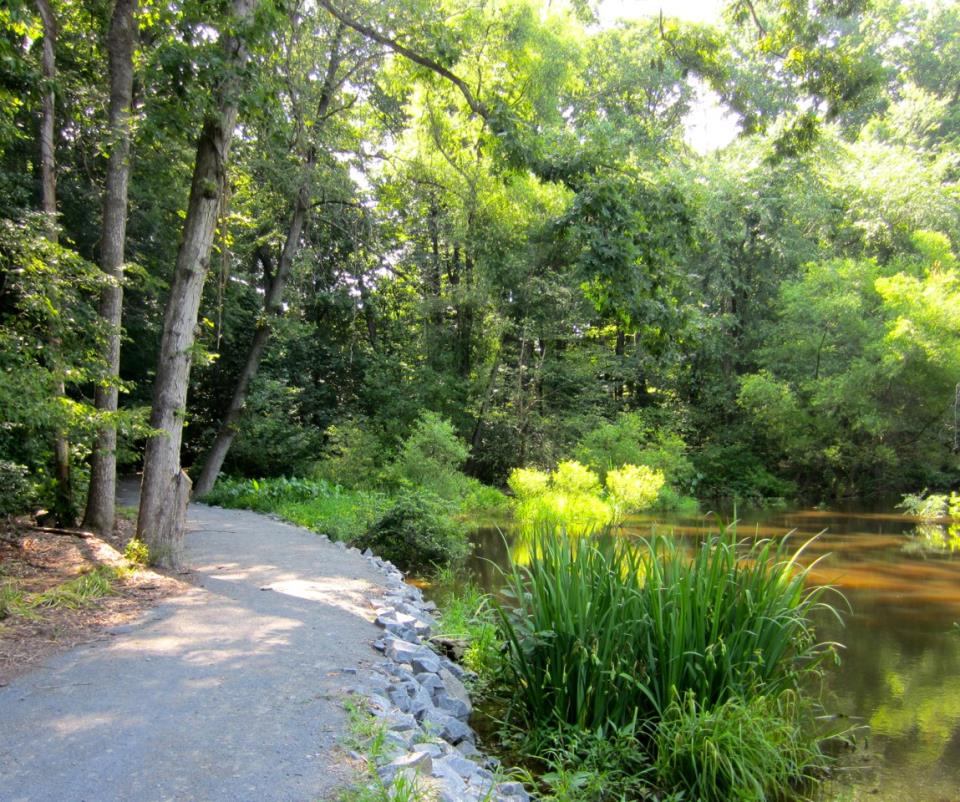 At the January 14, 2014 City Council meeting, City Council appropriated the funding and approved the contract to construct a trail around the circumference of Ashby Pond, improve the parking space for two cars and create an ADA accessible route from the road and parking space to the pond.

Since 2004, when the property was purchased under the Open Space Initiative, the community, our City Council, the Parks and Recreation Advisory Board (PRAB), and Parks and Recreation Staff has long sought to make this a more usable passive recreational park.   City Council and two Mayors have spent numerous hours reaching out to the community prior to the purchase and over the years to develop the best plan for this unique property.  Ashby Pond has also been used and enjoyed by your community and residents throughout the city for almost ten years and has undergone some significant improvements thanks to the City Council, most notably the 2011 dredging project.  However, this project will finally allow park patrons to better enjoy, in a safe and passive manner, the natural beauty that this park has to offer.


Below are links to maps and construction details for the project.