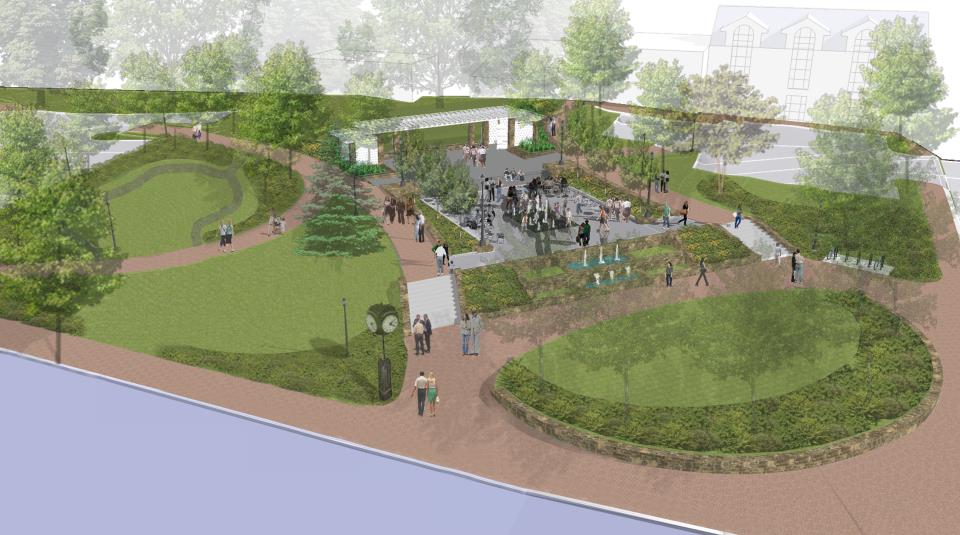 Old Town Square opened on May 4, 2015.  This park, located in Historic Old Town Fairfax, is host to events as well as a place for residents and visitors alike to enjoy the downtown area. Please check below the pictures of the Park's progress - what it was and what it has now become!

Click on this link to view the Old Town Square Park Resolution. 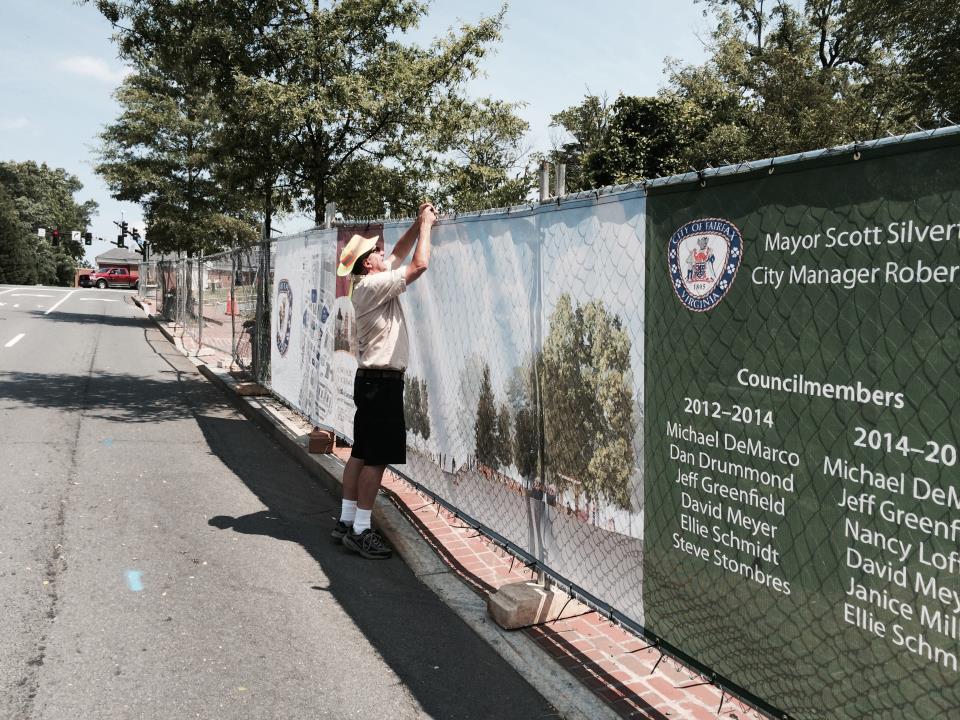 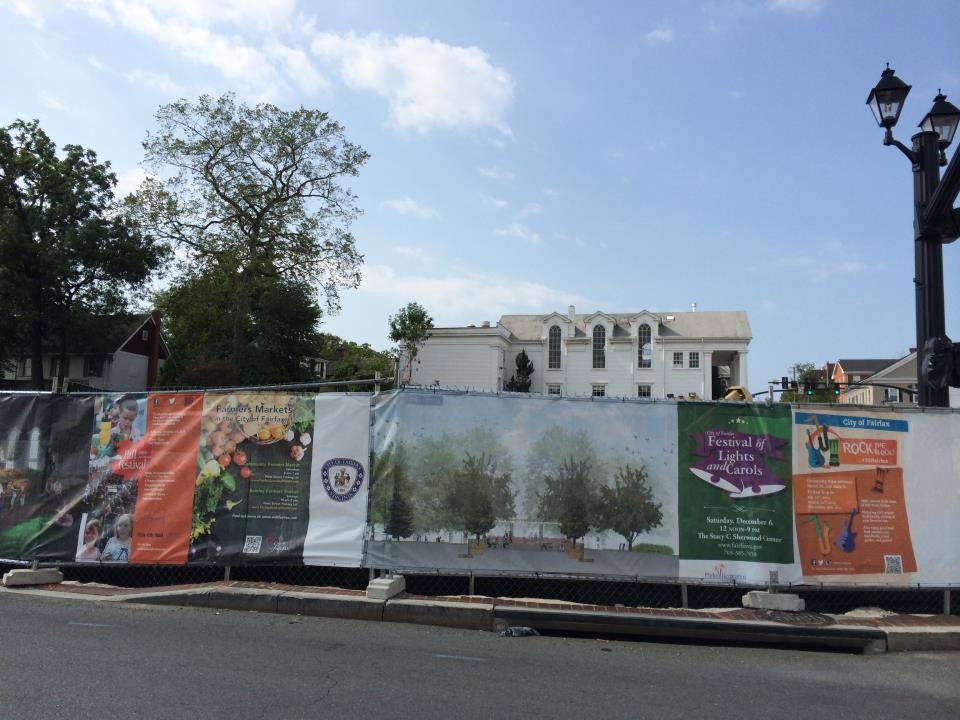 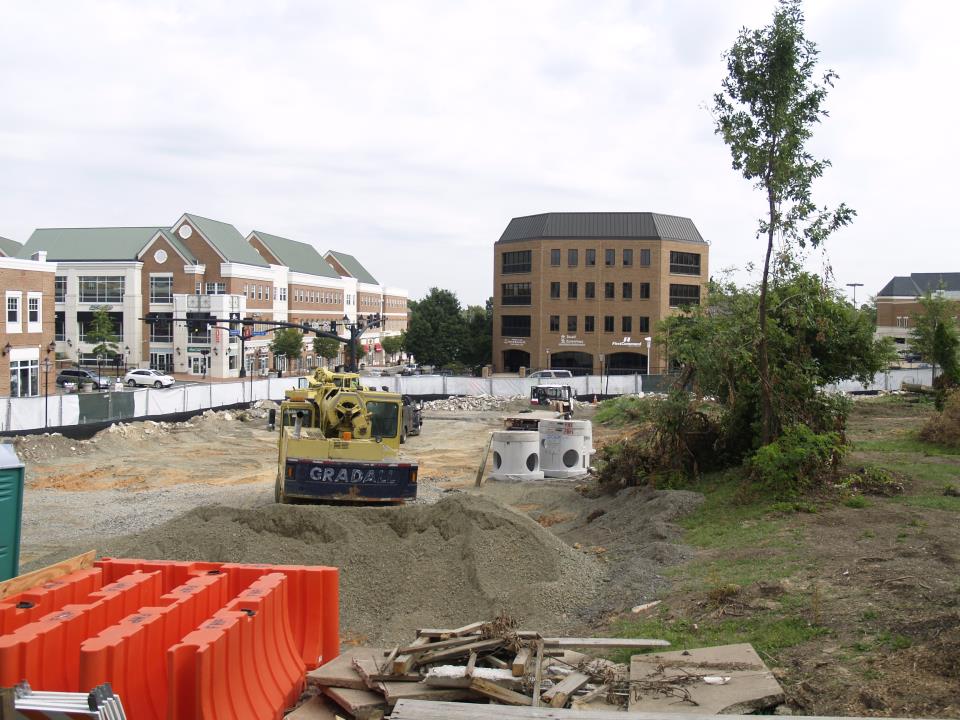 August 6, 2014 - While behind the fences the contractors get working 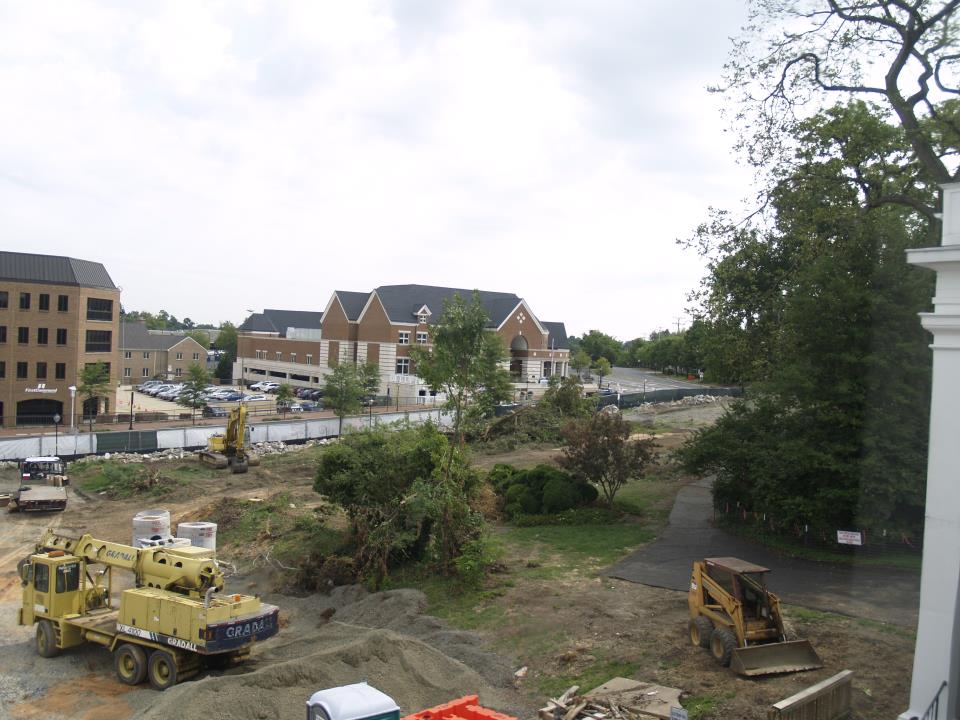 August 6, 2014 - the heavy equipment for the  preparatory work moves in and the trees in the garden are protected 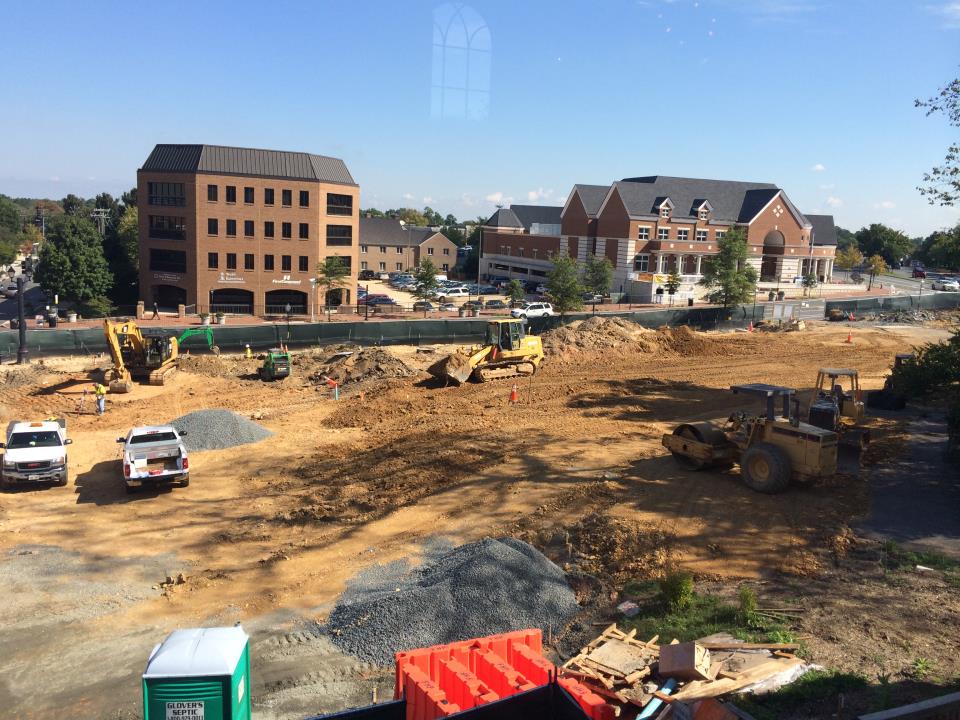 September 2014 - the large pipework is finished and the grading begins

September 6, 2014  The protected trees at the rear of Old Town Hall continue to flourish. 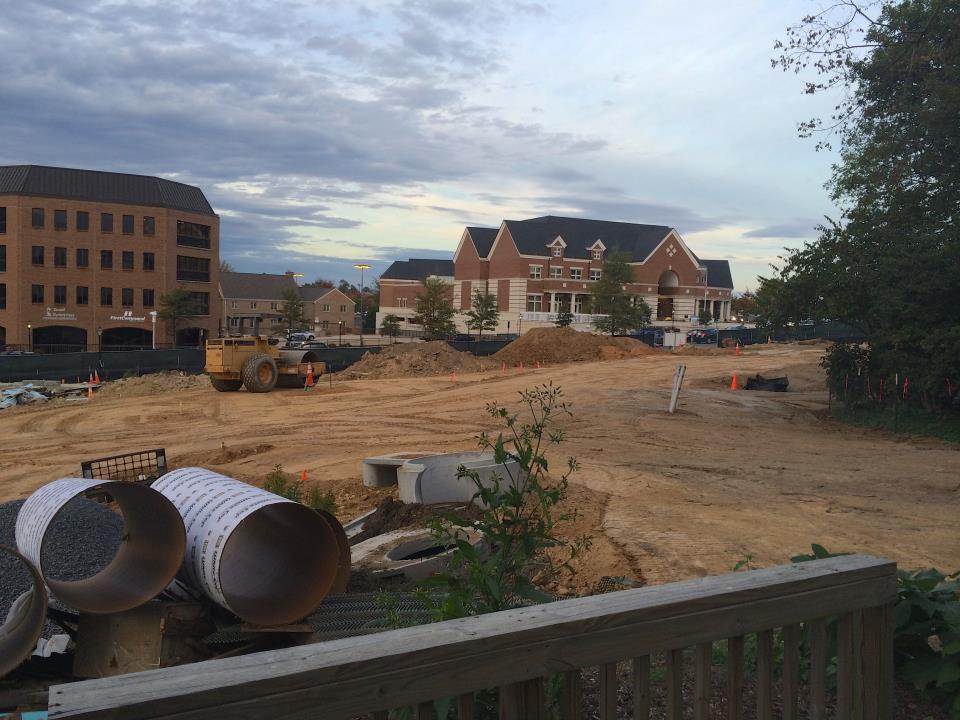 October, 2014  More earth brought in to level the park.

November 2014 - The park is taking shape 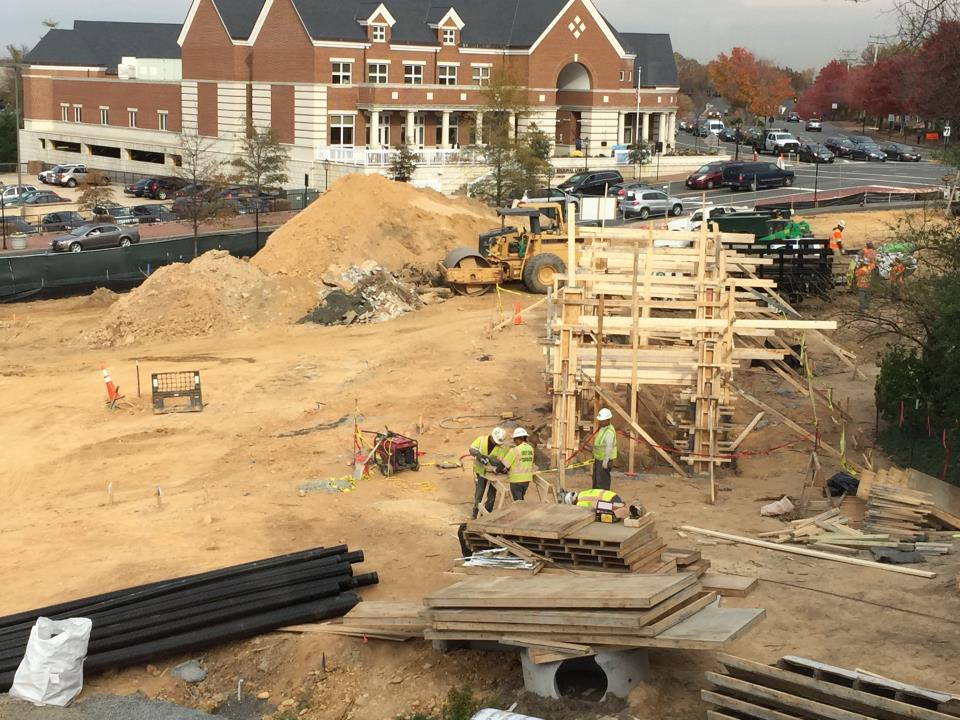 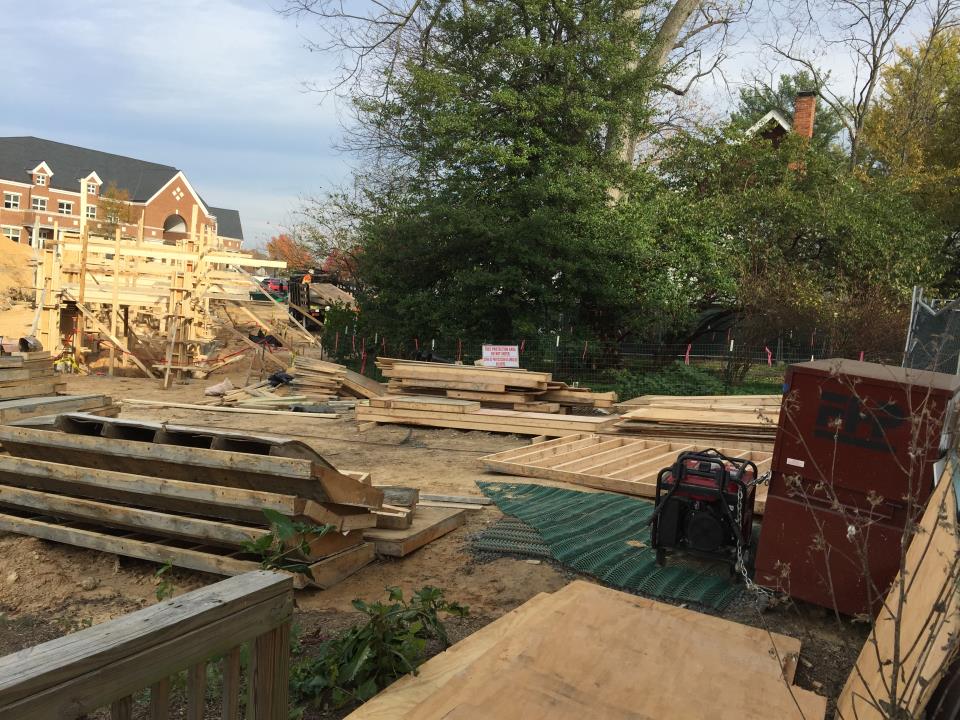 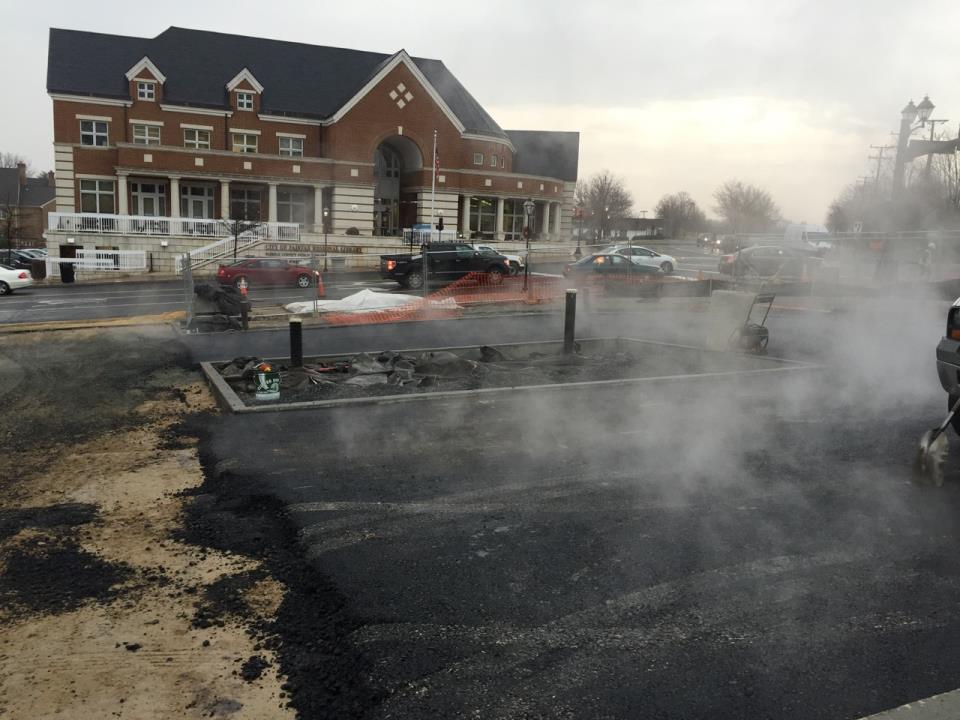 December 2014 - Asphalt for the new parking area begins  to be laid. 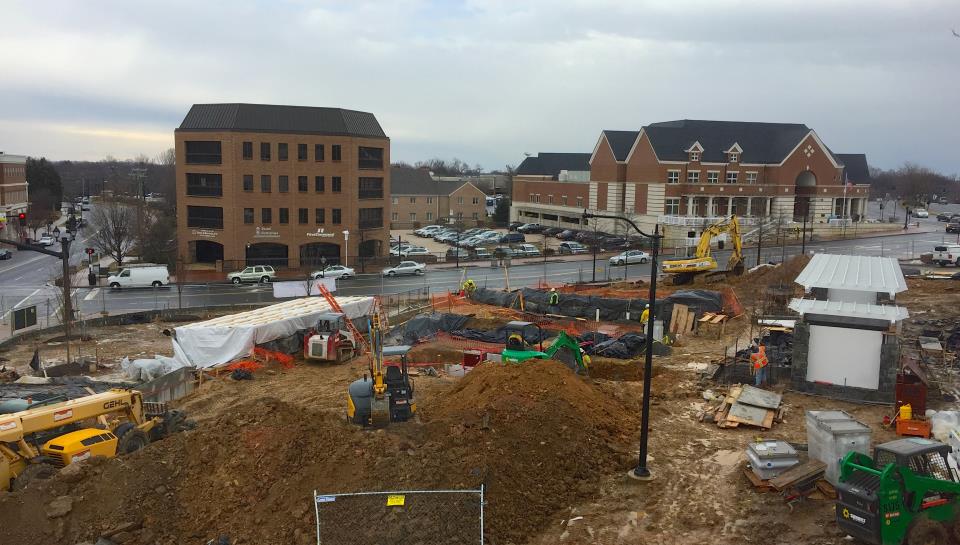 February 1 2015 - Some of the new light poles and trees are in, a tent is built to allow the stonework to be built. 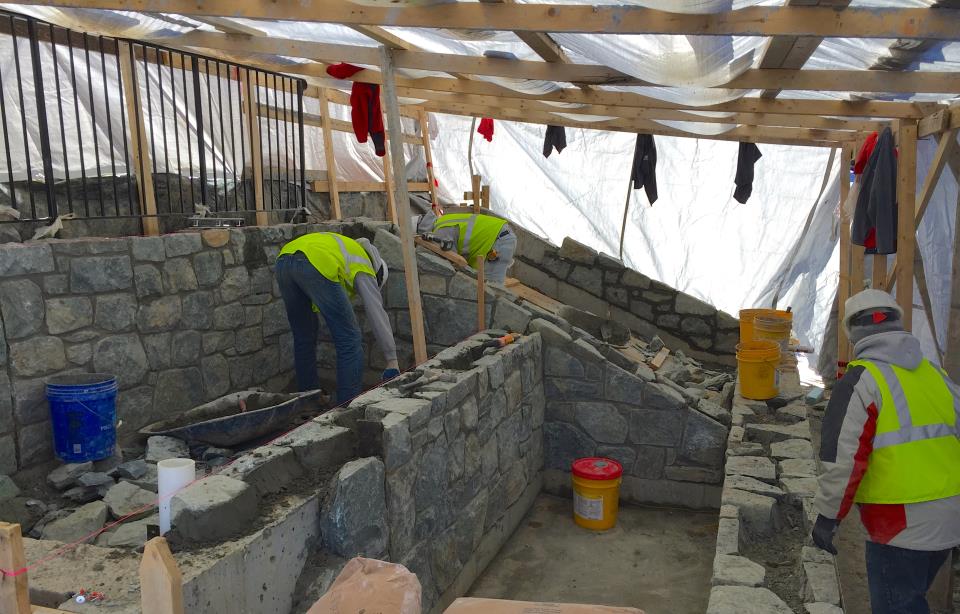 February 3, 2015  - Underneath the tent the stonework for the waterfall continues 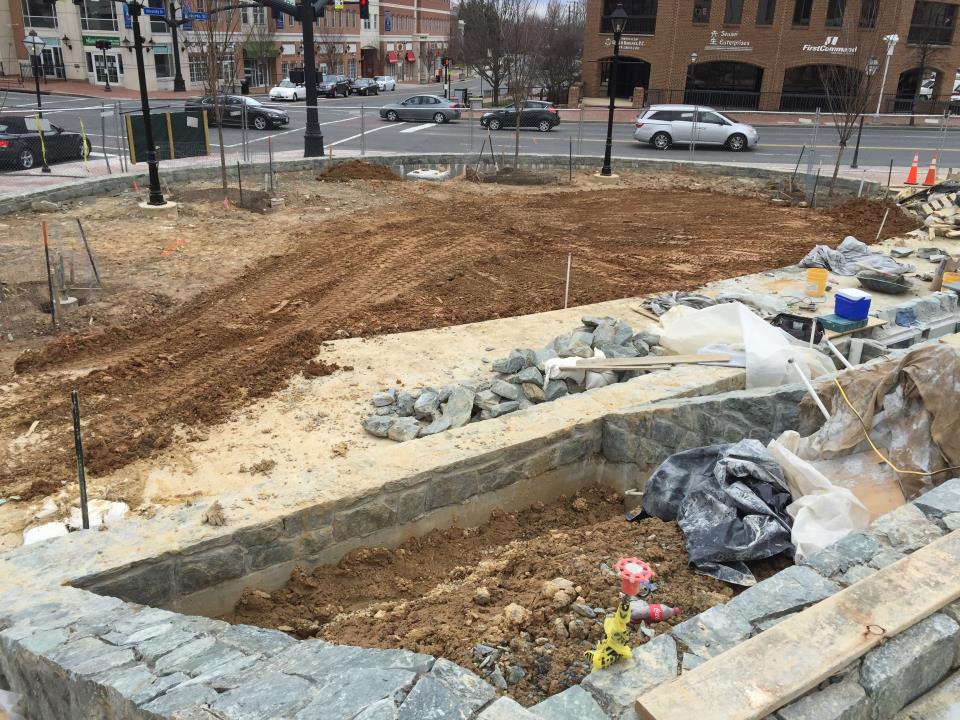 March 2015 - Brick work continues and dirt is starting to be moved into place to prepare for irrigation installment. 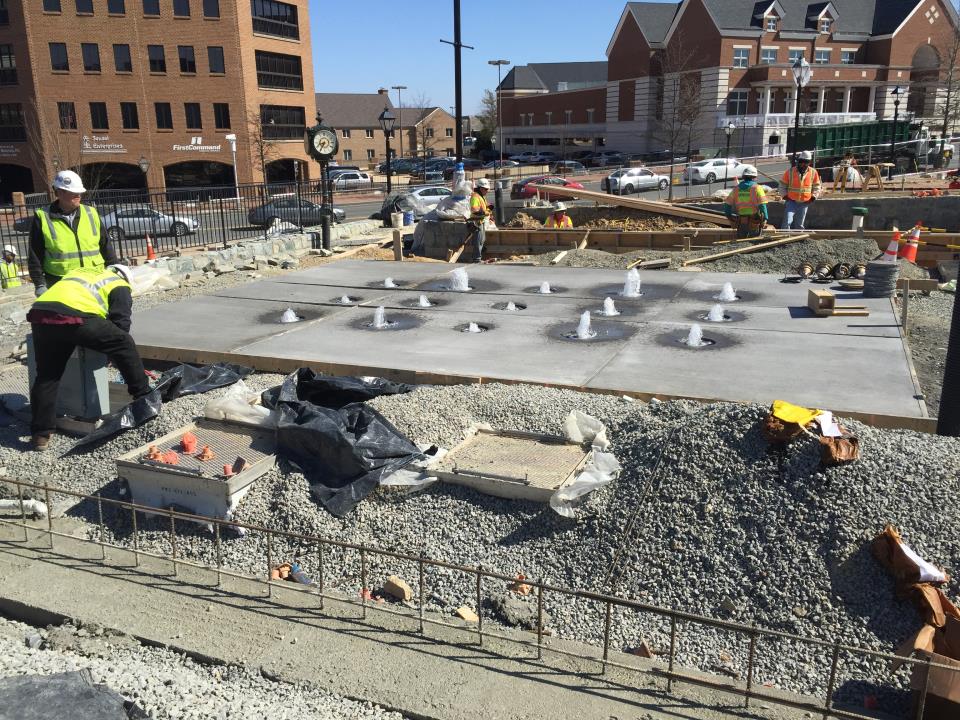 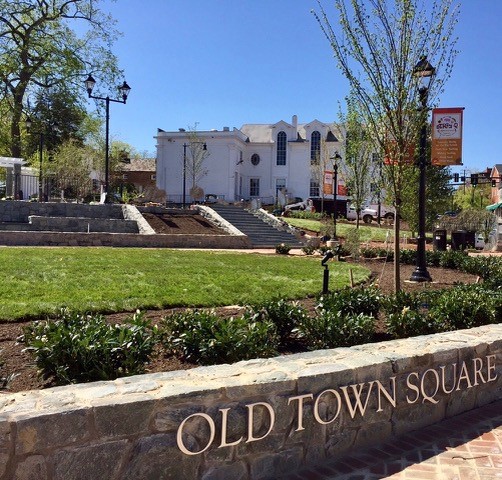