The City of Fairfax promotes the value of arts and culture by nurturing, investing in and celebrating the creative contributions of artists, musicians and arts organizations. By engaging the community, encouraging participation and facilitating access to the arts, the City is working with local artists and arts organizations to build a vibrant community for all of the City's residents, businesses and visitors.

For more information about the Cultural Arts in Fairfax, contact Cultural Arts Manager Megan DuBois at Megan.DuBois@fairfaxva.gov or 703-273-6097 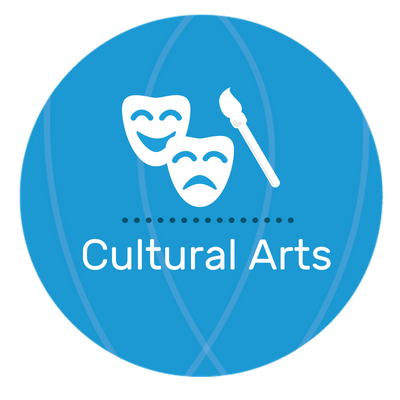 Below are Upcoming Cultural Arts Programs.

Town Hall with Bill T. Jones: A Conversation on Community, Identity, and Art features Jones in Conversation with professors Franklin Dukes and Wendi Manuel-Scott. Jones’s work has long explored the idea of social justice and representation, asking the question “who gets left behind in our collective history, and how do we build a better future for all members of our community?” Dukes and Manuel-Scott have been exploring this question as it pertains to college campuses in the south, grappling with the history of slavery and monuments to the confederacy that still exist. Dukes’ work with UCARE (University & Community Action for Racial Equity) for the University of Virginia, and Manuel-Scott’s work with the Enslaved People of George Mason Memorial project, create opportunities for communities to explore how public art can serve as powerful mediums for repair, healing, and recognition. Considering Bill’s artistic work as a basis for that response, the three will explore how we move forward as a more inclusive and united community.

Wendi Manuel-Scott, Ph.D., is a School of Integrative Studies history professor and former Director of African and African American Studies at Mason. She teaches graduate and undergraduate courses that explore Black resistance and agency from a diasporic and gendered perspective. In addition to her teaching and research, Wendi has led several public history projects in Loudoun, Fairfax, and Buckingham Counties that encourage the public to reimagine a past and present in which minoritized voices are centered and affirmed. She has also played a pivotal role in changing the landscape of George Mason University, mentoring and guiding a team of students who researched Mason’s history, leading to the creation of the Enslaved People of George Mason Memorial coming in 2021.

E. Franklin Dukes, Ph.D. is a mediator and facilitator with the Institute for Engagement & Negotiation at the University of Virginia. He founded University & Community Action for Racial Equity (UCARE) to address UVA’s legacy of slavery and white supremacy, leads IEN’s “Transforming Community Spaces” project helping communities transform problematic spaces, led community engagement as a member of the design team for UVA’s Memorial to Enslaved Laborers, and was a member of Charlottesville’s Commission on Race, Memorials and Public Spaces determining the fate of the City’s Confederate statues. He received his Ph.D. from GMU’s School of Conflict Analysis and Resolution in 1992.

The Bill T. Jones/Arnie Zane Company is the second of the Center for the Arts’ inaugural cohort of Mason Artists-in-Residence, a new initiative serving the mission of the Center and the College of Visual and Performing Arts to make the arts an intrinsic part of the lives of every Mason student and Northern Virginia resident.

The Company’s weeklong residency will include critical technical rehearsal time for the premiere of What Problem?; hours with the participating community members and with the Mason University Singers; three masterclasses with the Mason School of Dance; a masterclass with Fairfax County Public Schools’ Fairfax Academy dance students; multiple Mason classroom visits by members of the Company across academic disciplines; as well as collaborations with on-campus student groups.

The Center for the Arts at George Mason University welcomes the return of the Bill T. Jones/Arnie Zane Company with a thrilling world premiere co-commissioned by the Center, entitled What Problem?  Saturday, February 1 at 8 p.m.

Conceived and directed by Bill T. Jones—and featuring choreography by Jones with Janet Wong and the Company—What Problem? provokes the tension between belonging to a community and feelings of isolation during these divisive political times. It is set to spoken word and original live music by Nick Hallett and sung by the Mason University Singers.

Come celebrate the Chinese New Year with the City of Fairfax and the Xuejuan Dance Ensemble!  There will be different kinds of Chinese dances, a short demo class,  and a "petting zoo" of Chinese dance props.

The Women’s Storytelling Festival, hosted by Better Said Than Done, will take place March 13-14, 2020, in Fairfax, Virginia. Though storytelling festivals have been a popular event in the US for over 40 years, this will be the first ever storytelling festival with a lineup composed exclusively of women. For time, location, other details, and tickets, visit bit.ly/2020storytellingfestival.

The Women’s Storytelling Festival kicks off Friday, March 13, 2020, with a showcase of local, woman storytellers at The Auld Shebeen, 3971 Chain Bridge Road, Fairfax, Virginia 22030. On Saturday, March 14, 2020, featured storytellers Sheila Arnold, Megan Hicks, Vijai Nathan, Jessica Robinson, Donna Washington, and Kim Weitkamp will perform a range of true, folk, and historical stories throughout the day at Old Town Hall, 3999 University Drive, Fairfax, Virginia 22030. In addition, there will be a story swap at Old Town Hall, as well as two show-producer showcase performances at The Auld Shebeen, featuring producers from The Moth, The Stoop, and Story Collider, and more.

The American Shakespeare Center’s 2019/20 National Tour comes to Fairfax with a performance of A Midsummer Night’s Dream on March 21 and March 22 at Old Town Hall. Come see a Midsummer romp full of “humor and wonder” with “spellbinding storytelling...perfect for children and adults alike.” (C-Ville Weekly)

Get your Tickets Here!

Saturday, March 21 at 7:30pm https://www.eventbrite.com/e/american-shakespere-center-presents-midsummer-nights-dream-tickets-74311968097
Talkback after the performance!

Performances begin at 8:00pm October through April. Please find the full schedule of performers below. All performance take place at Old Town Hall, 3999 University Drive, Fairfax VA 22030, unless otherwise noted. Please arrive early as there are no booked tickets and it is on a first-come, first-served basis.

All screenings will be at the Stacy C. Sherwood Community Center
3740 Old Lee Hwy, Fairfax VA 22030

Join us for a monthly showcase of the spectacular students from George Mason University’s College of Visual and Performing Arts.  Every month we will highlight a different artistic discipline and feature some of the talented students from the school.  The events are free and will be at Old Town Hall.

Every Monday, beginning the second Monday in September, there will be family programming.  It is open to children of all ages, however especially for those who haven’t yet started school! There will be music, movement, story telling, performances, crafts, and more!  All performances and programs begin at10:30am. All performances and programs - unless otherwise noted - will be held at Old Town Hall, 3999 University Drive, Fairfax. There is ample parking in the downtown, and stroller access at the rear of Old Town Hall on Main St. Email Megan

Virginia Opera at the Sherwood Center

This magical, musical journey through everyone’s favorite seasonal carols and classics, introduced by popular author and humorist Dr. Glenn Winters, will delight audiences of all ages! An evening of pure holiday cheer with arias and duets followed by a celebratory gingerbread cookie and cider reception with the cast.  A great way to liven up a dark December evening!

“A rollicking band of pirates we!”

Ahoy, matey! Join us this spring for an abbreviated family performance of Gilbert and Sullivan’s comic operetta The Pirates of Penzance.  This delightful band of bumblers brings mischief, mayhem and memorable music in collaboration with the City’s “Spotlight on the Arts.” All are encouraged to don their favorite pirate garb and join in a post-performance reception featuring pirate-themed activities and whimsical family photo opportunities with the cast. Aye!

Both performances are free and open to the public!

Join us again in 2020 for more fun programming!

Kidz Korner features family programming every Saturday at 10:30am in Old Town Square during the summer, June-August.